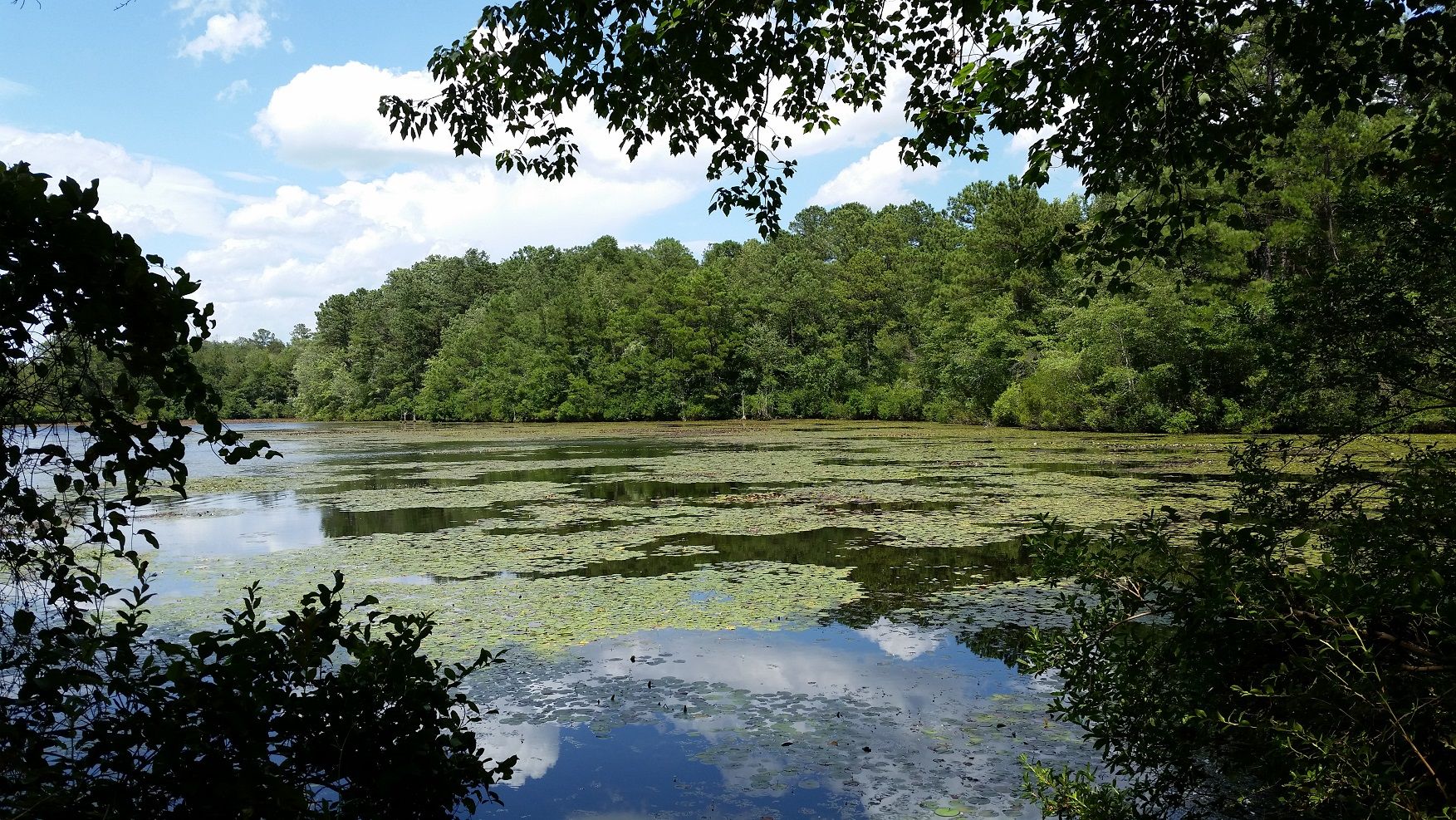 View an interactive map, videos, and a timeline of the history of the Gills Creek Watershed.

The following map highlights the multi-layered history of the Gills Creek Watershed. Many aspects are indicated by color-coded pinpoints, each providing a piece of the puzzle that created the Watershed we know and call home today. These points are categorized by specific areas of the Watershed, such as Forest Lake, Lake Katharine, and Sesquicentennial State Park, to name a few. Among these sections, historic plantations, mills, and landscapes of the Watershed are also pinpointed throughout the map. Each of these histories takes great care in describing the racially-diverse narratives, honoring those silenced in the past. Gills Creek Watershed Association is not only dedicated to preserving the Watershed's water quality and landscape but also its rich past.

Please click on each pinpoint to learn more about a location's specific history. You may select the icon in the top left corner to see a full menu of locations broken into categories. Recommended: You can also select the "view larger map" icon in the top right hand corner of the map for a full-screen viewing experience.

Gills Creek Watershed Association would like to extend a very much deserved thank you, in no particular order, to Holly Floyd and Rachel Young for their time spent interviewing, researching, collecting, photographing, and preparing this interactive map and related information to share rich and important history of the Gills Creek Watershed.

Holly Floyd graduated from Francis Marion University in 2013 with a Bachelor's in History. As of January 2021, Holly is in her final semester of the Public History Program with a concentration in Museums at the University of South Carolina. She is an artist of various mediums like photography and painting. She spends all of her time with her son.

Rachel Young earned a BA in History and Anthropology at Augusta University and, as of January 2021, is working on her MA in Public History at the University of South Carolina. She enjoys local and place-based history and connecting the small-scale and local with the national. After graduating, she hopes to work in Cultural Resource Management and Historic Preservation.

We would also like to thank those who aided in this project and provide viewers with avenues for further research:

Prehistoric Period — Gills Creek sustained Native American settlements by offering fresh water, fish, and a wildlife corridor for hunting deer and other animals. The tribes of the Congarees and the Waterees settled and hunted along Gills Creek and its tributaries.

A major Native American path crossed the area, connecting the Congaree River to the Wateree River.

1740s — James Gill settled on the creek and lends it his name. Nearby Jackson Creek is named for early landowners Richard and Philip Jackson.

1785 — Thomas Taylor and Wade Hampton purchased land on Gills Creek. On the eastern bank, Hampton established two plantations, “Woodlands” and “Millwood,” which converged at Hampton Hill. Taylor’s plantation was on the western bank of Gills Creek, a portion of which is the future site of the city of Columbia. See related Historical Marker for additional information.

1786 — The State Legislature established Columbia as the state capital on a portion of Taylor’s plantation at the confluence of the Saluda and the Broad Rivers.

1796 — Thomas Taylor had enslaved people build a gristmill on Gills Creek at the junction of the Camden Road. The mill was later sold to John and Edward Fisher, who used it to spin cotton. The Fishers later sold the mill and ran the Saluda Mill for Robert Gibbes. Ruins of this mill still stand in a private park on Old Mill Circle.  See Historical Marker for additional information.

1871 — Bethlehem Baptist Church established atop a hill near the intersection of Shop Road and Beltline Boulevard. African Americans were buried in Childs Cemetery up until the 1960s. At some time, the cemetery was obliterated, but is now on Intertape Polymer Group property who have honored the dead by placing headstones for some of the souls known to have been buried there.

1912 — Dent's Pond was purchased by the Lake View Investment Company and the dam is improved to an 80 foot reinforced concrete dam. The lake became a recreational park for swimming and picnics. Other recreational areas grew up along the upper end of Gills Creek at this time.

1917 — The site for Camp Jackson was chosen and construction began on a portion of the Hampton Estate and on land donated by Columbia citizens. The approximately 200 acre Gills Creek Swamp was drained and the creek channelized. A railroad trestle was built across Gills Creek, and the Columbia City Trolley Company had a line to Camp Jackson.  See related Historical Marker for additional information.

1920 — Bower's Beach recreation area was built in the area of the current Lake Katharine. The trolley service provided a convenient way for city residents to get to the facility until it was discontinued in 1923.

1935 – The city of Forest Acres incorporated. The city is made up of sandhill ridges drained by Gills Creek and its tributaries, Eightmile Branch and Pen Branch.

1936 — Bower's Beach was closed and the land sold to developers around 1936. The lake was renamed Lake Lelia.

1940 – The US Army dug and dammed a new lake south of Forest Lake as an additional source of drinking water for troops at Fort Jackson. When the Army's lease was up (due to the poor quality for drinking water), the property reverted to Burwell Manning who named the lake for his mother Katharine.

1959 — Town of Arcadia Lakes was established.

1960-62 — Richland Mall was constructed and Pen Branch channelized in that area.

November 1998 — The Gills Creek Watershed Association is registered as a non-profit organization.